Southern Resident Orcas are culturally, spiritually, and economically important to the people of Washington State and the world. However, despite legal protections for nearly two decades, the population continues to decline with fewer than 80 individuals left.

We stand at a critical juncture and still have an opportunity to restore the population to health.

Earth Law Center and Legal Rights for the Salish Sea are leading a campaign calling for State recognition of the Southern Resident Orcas’ inherent rights, including the right to:

Legally speaking, recognizing the Southern Residents’ rights means that we must consider their wellbeing and needs in addition to human interests in decision making, and that they will have a voice in a variety of forums, including courts. Through their human guardians acting on their behalf and in their best interests, the Orcas will be able to express what they need to exist, thrive, and evolve.

Earth-centered laws such as those based on the “Rights of Nature” are emerging worldwide to transform our relationship with Nature, of which we are an inseparable part. Central to a “Rights of Nature” framework is the recognition that Nature is a living being and rights-bearing entity.

We have the opportunity to join the growing movement of communities across the United States and Internationally who are speaking up for rights of all sentient beings.

Both San Francisco and Malibu passed resolutions protecting the rights of whales and dolphins in their coastal waters; the Affiliated Tribes of Northwest Indians passed a resolution recognizing the sacred obligation to the Southern Resident Orcas “our relatives under the waves”; the ʔEsdilagh First Nation in Canada enacted the ʔElhdaqox Dechen Ts’edilhtan (ʔEsdilagh  Sturgeon River Law –also known as the Fraser River) that states the people, animals, fish, plants, the nen (“lands”), and the tu (“waters”) have rights; New Zealand’s Government legally recognizes animals as ‘sentient’ beings; the Uttarakhand High Court of India ruled that the entire animal kingdom are legal entities with rights; and the United Kingdom now recognizes lobsters, crabs, and octopus as sentient beings; AND MANY MORE!

We have a responsibility to conserve, protect and defend the Southern Residents and the ecosystems upon which they depend. We must demand immediate actions to protect and restore the Orcas’ rights by addressing their main threats to survival. At a more fundamental level, recognizing the Southern Residents’ inherent rights shows that we as a society value them as living beings. It shows that when we say we want to prevent their extinction, we mean it.

The undersigned do hereby certify that the foregoing Declaration was duly adopted.

*This declaration was created collaboratively with: 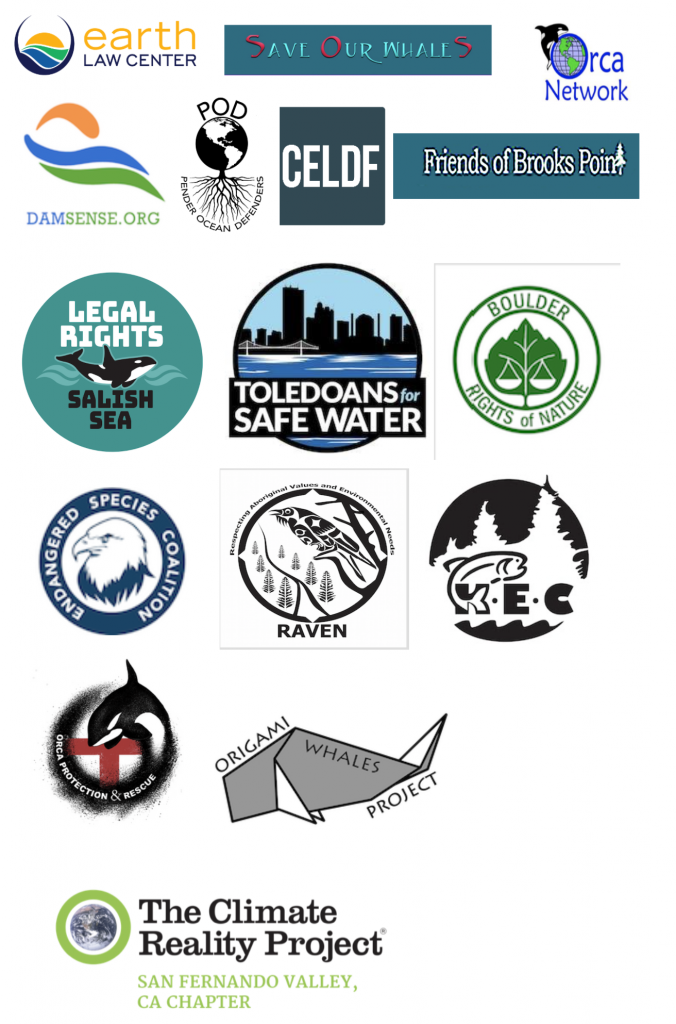 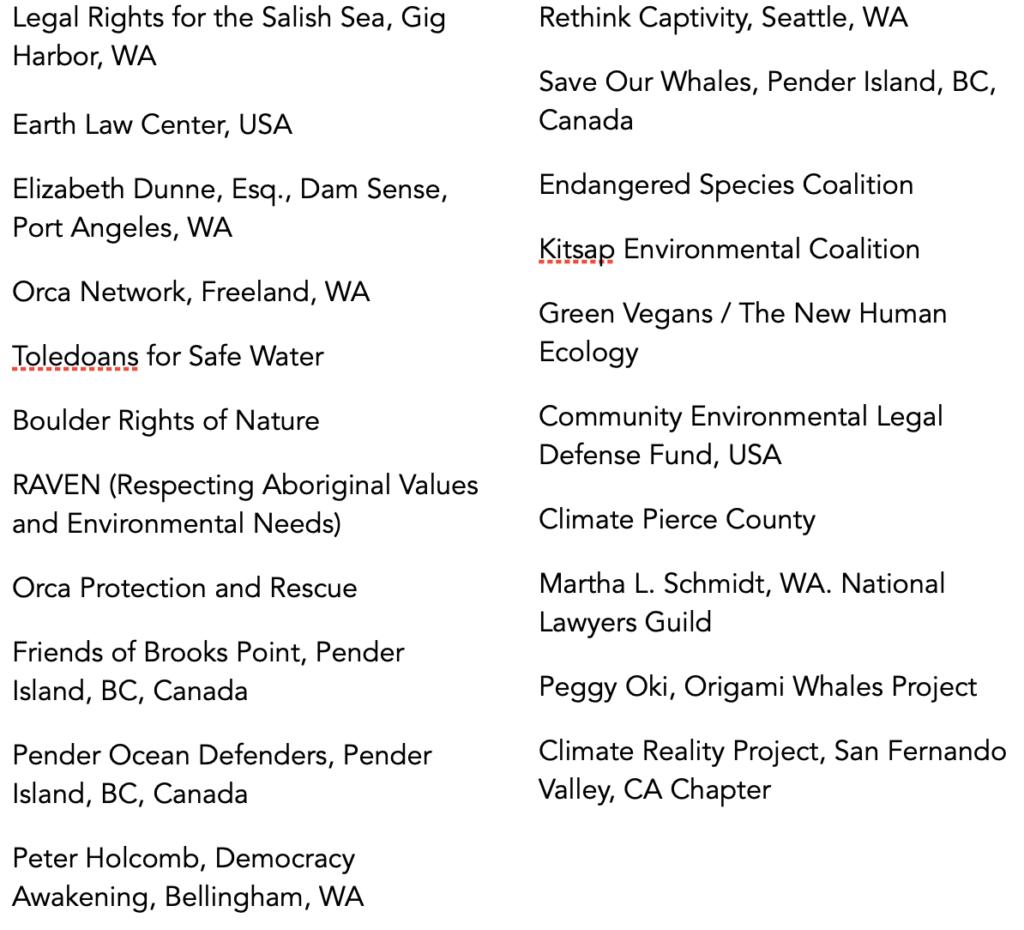 PLEASE HELP US GET AS MANY SIGNATURES AS POSSIBLE!

IN FACT, LET’S SHOOT FOR A MILLION, IF NOT MORE! THANK YOU!

Declaration of the Rights of the Southern Resident Orcas